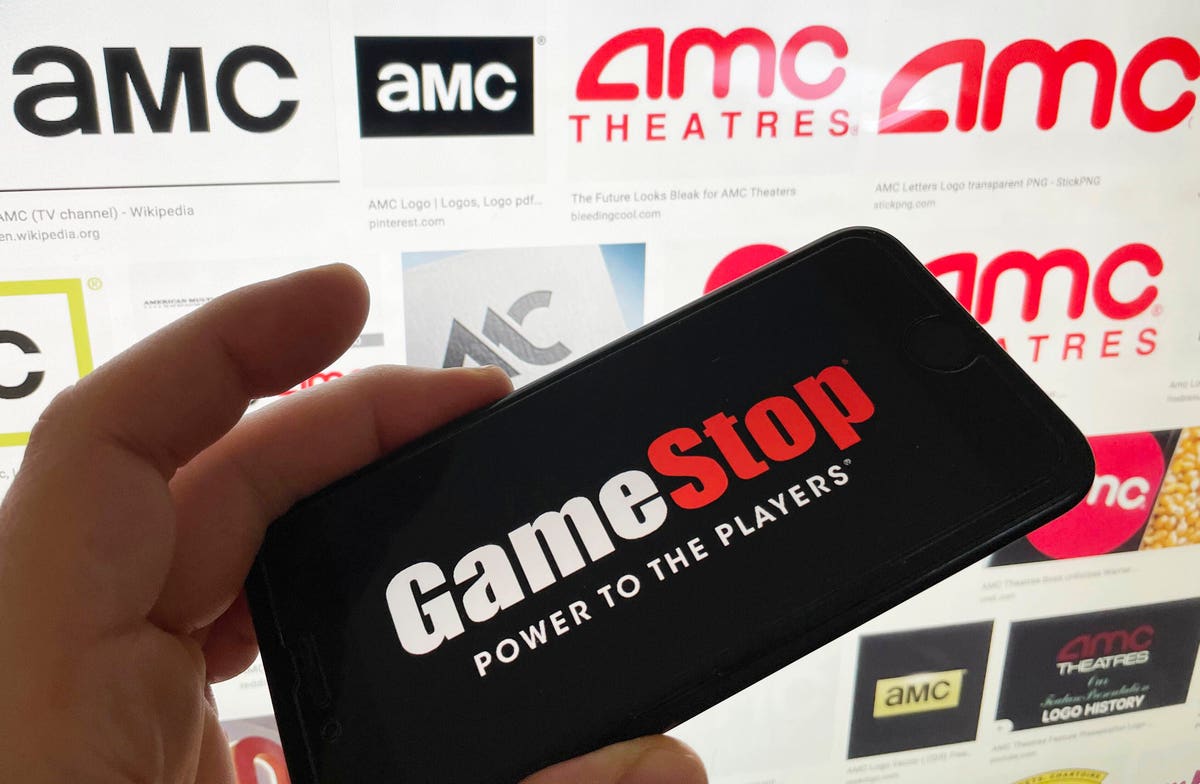 Last July, the meme-stock implosion had started, even as Barron’s and Fortune listed a combined ten issues as attractive buys (see “The Meme Stock Movement Is Imploding – Don’t Be The Last One Out“). Since then, eight have fallen further, wiping out all gains or more.

GameStop and AMC Entertainment also have dropped and reduced gains significantly. However, each is still above its initial, lower share price. Judging by the Reddit commentary, the meme-stock troops still have hopes that last year’s excitement will return.

This is an excellent setup for the stocks to suffer a meltdown. Each faces a final drop that has no barriers to soften the decline. Coincidentally, they have arrived at the same point as shown in the graph below.

All that’s left is for the hangers-on (i.e., the last ones to sell) to lose hope (or to get a margin call or to have their call options fall to cents on the dollar).

Making the environment conducive for meltdowns, 2021 speculation is dying elsewhere

Three other 2021 easy-money speculations have been collapsing:

Biotech IPOs – Where ugly downtrends are commonplace, negative earnings are everywhere, and 90% are now selling 50% to 95% below their 2021 highs

SPACs (Special Purpose Acquisition Companies) – Deal-hyped spurts followed by collapses became common as investors learned that the financial contrivances did not favor them. Instead, they rewarded “sponsors” (AKA insiders) with about 20% of the stock at a very low price when a deal (any deal) was consummated. Thus, investors provided almost 100% of the funds but received only 80% of the deal stock. The one loophole: Investors can ask for their money back just prior to that consummation. Most SPACs now sell at or just below their IPO prices (usually $10).

Despite the new age commentary offered last year, common sense and reality are making a comeback. Additionally, the environment is getting more challenging as the Federal Reserve reverses its decade+ control of interest rates.

Therefore, look for changes from the past years’ investing strategies, and prepare for decisions to move ahead and avoid reversals. One alteration could be a bit earth shattering: A move out of tech-heavy index funds. The coming challenges could reward active managers searching out individual companies that offer good opportunities. It wouldn’t be the first time that such a shift happened. If it does, now is certainly the ground floor for investors.

Teacher, Police And Firefighter Pensions Are Being Secretly Looted By Wall Street 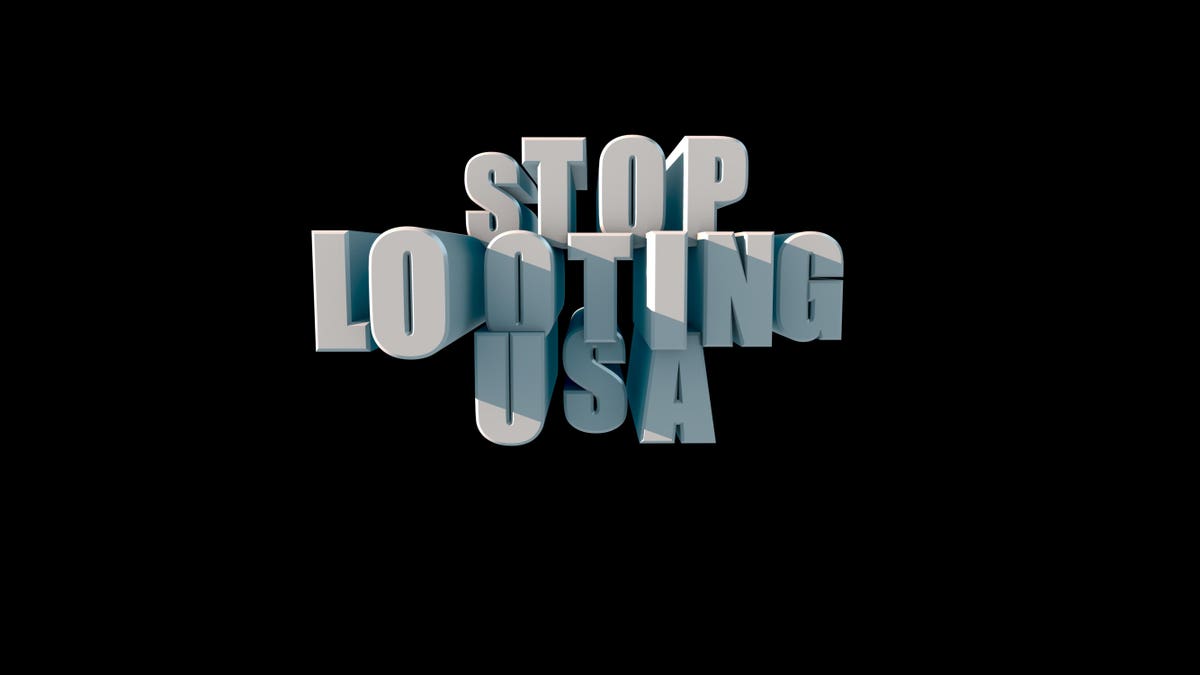 America’s severely underfunded public pensions are allocating ever-greater assets to the highest cost, highest risk, most secretive investments ever devised by Wall Street, such private equity, hedge funds, real estate, and commodities—all in a desperate search for higher net returns that, not surprisingly (given the outlandish fees and risks), fail to materialize. Transparency—public scrutiny and accountability—has been abandoned, as pensions agree to Wall Street secrecy schemes that eviscerate public records laws.

Our nation’s state and federal securities laws are premised upon full disclosure of all material risks and fees to investors: “Read the prospectus before you invest,” is the oft-cited warning by securities regulators. Nevertheless, teachers, police, firefighters and other government workers today are not allowed to see how their retirement savings are managed or, more likely, mismanaged by Wall Street.

For nearly a decade, the United States Securities and Exchange Commision has warned investors that malfeasance and bogus fees are commonplace in so-called “alternative” investments and, more recently, Chairman Gary Gensler has called for greater transparency to increase competition and lower fees.

Gensler has asked the agency’s staff to consider recommendations on ways to bring greater transparency to fee arrangements in private markets. “More competition and transparency could potentially bring greater efficiencies to this important part of the capital markets,” he said. “This could help lower the cost of capital for businesses raising money. This could raise the returns for the pensions and endowments behind the limited partner investors. This ultimately could help workers preparing for retirement and families paying for their college educations.”

Gensler has stated he would like to see a reduction in the fees these investments charge and has also commented on industry abuses such as ”side letters” which permit private funds to secretly give preferences to certain investors—preferences which harm public pensions.

But that’s not good enough to protect public pension stakeholders.

No one—including the pensions themselves—seems to care that the government workers whose retirement security is at risk are being kept in the dark.

The SEC needs to do more—actually alert public pensioners as to those abuses the Commission knows full well are rampant, at a minumum. Advise them, Chairman Gensler, to demand to see and read prospectuses and other offering documents related to their hard-earned savings.

Does the SEC think it’s kosher for Wall Street to conspire with public pension officials to withhold this information from investors—any investors?

Since my 2013 forensic investigation of the Rhode Island state pension exposing gross mismanagement by then General Treasurer Gina Raimondo which I accurately predicted would cost workers dearly; my 2014 North Carolina state pension investigation exposing that $30 billion in assets had been moved into secretive, offshore accounts and, most recently, my investigation of the State Teachers Retirement System of Ohio, I have provided my expert findings to the SEC staff for their review. Each and every public pension forensic investigation I have undertaken has extensively discussed Wall Street secrecy schemes that enable looting. In my book, How To Steal A Lot Money—Legally, I quote disclosures from SEC filings that detail industry abuses.

Join me, Chairman Gensler, in giving government workers a clue, a glimpse, a peek, at the alternative investment abusive industry practices that are carefully guarded by Wall Street and being hidden from them.

Teachers, police and firefighters deserve a fighting chance to protect their retirement savings.

It Is Time To Buy Bonds 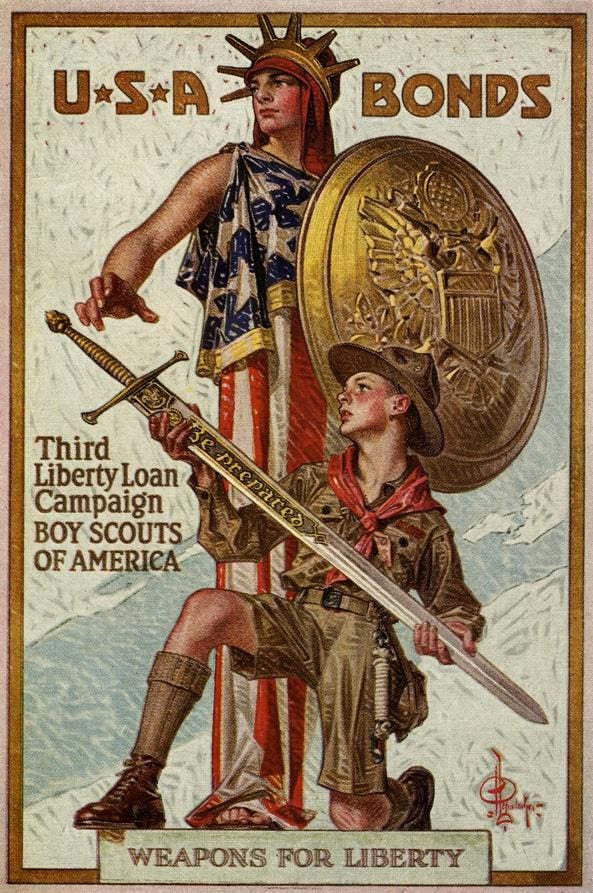 US 10-year note prices are likely to rise through August. The monthly histogram below shows that July and August have been the two strongest months for the note price.

Red: Probability of a rise on that day

These numbers are static in the sense that they change little over the years. This is only one cycle, the one-year cycle, whereas there are many cycles operative at any one time. In order to get a reading on such other rhythms, a scan is run to identify other profitable price cycles. The graph below reveals the most valuable cycles that are operative at any one time.

These cycles reinforce the seasonal tendency for notes to rise. Prices have risen in 60% to 65% of the time in these summer months. With the dynamic cycle also in ascent, the probabilities rise to about 65% to over 70%. There are similar and supportive developments in the Japanese and German fixed income markets.

The cycle projection must be confirmed by market activity. The daily graph reveals that price broke through a downtrend line.

Here is a helpful sentiment indicator that supports the bullish view. The cover page of this week’s Barron’s points to much higher rates. Applying contrary opinion, this suggests lower rates and higher note and bond prices. The first objective is 123.0.

Will There Be War Over Taiwan – The Next Spy Thriller 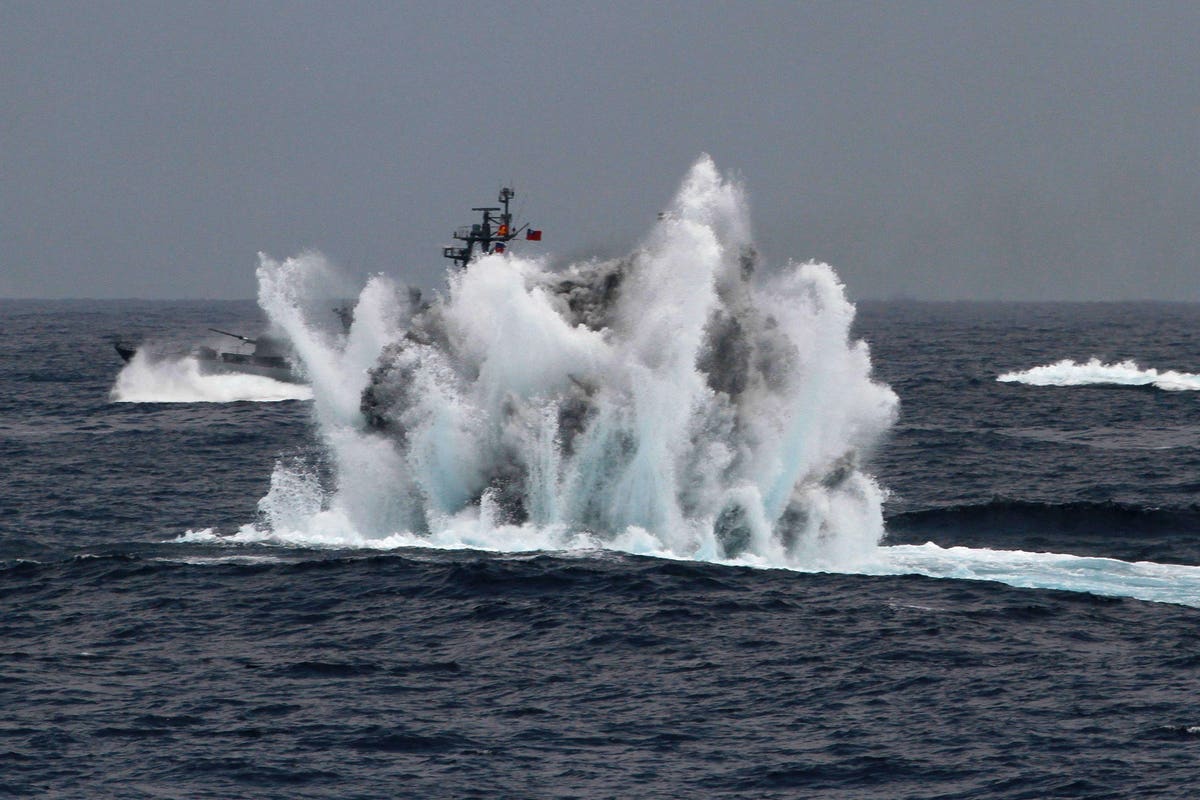 I usually go through a rhythm of reading one or two serious books, followed by a few works of fiction and with summer on the way I wanted to highlight a few of both. In that regard I have just finished Laurence Durrell’s ‘White Eagles in Serbia’, an old-fashioned espionage thriller where the hero Colonel Methuen is dropped behind enemy lines in post war Serbia (he speaks excellent Serbo-Croat) and becomes embroiled in a violent plot to overthrow Tito.

The book is a warm-up to reading Durrell’s ‘The Alexandria Quartet’, a work that nearly won him the Nobel Prize. Durrell was part of an interesting Anglo-Irish family, who largely considered themselves Indian – his brother Gerald, the naturalist and writer, touches on this in ‘My Family and Other Animals’.

Though I am not an expert on these matters, I found ‘White Eagles’ a more realistic account of espionage than much of what we see in the media today (Mick Herron’s ‘Slow Horses’ is good), and overall it is a tale of derring-do that is more in keeping with the work of the founding fathers of the genre – Eric Ambler, John Buchan, Erskine Childers and Ted Allebury for example.

It also made opportune reading given what seems to be an epidemic of espionage – with reports of the Chinese hacking group APT40 using graduates to infiltrate Western corporates and notably the admission by the head of Switzerland’s intelligence that Russian espionage is rife in that country (notably in Geneva – for which readers should consult Somerset Maugham’s ‘Ashenden’ as background material).

These and other trends – such as the outbreak of a heavy cyber battle last week (against Lithuania and Norway for instance) and the increasingly public ‘clandestine’ war between Israel and Iran (they have just sacked their spy chief) point to a world that is ever more contested and complex.

One of the new trends in the space is cyber espionage – both in the sense of stealing state and industrial/corporate secrets, influencing actors (such as the manipulation of the 2016 US Presidential election) and outright acts of hostility such as the hacking of public databases and utilities (i.e. healthcare systems). Here, if readers are looking for some serious literature I can recommend two excellent books – Nicole Perlroth’s ‘This is how they tell me the world ends’ and ‘Secret World’ by Christopher Andrew.

I am personally more intrigued by the difference between a spy and a strategist. A spy’s work could well be described as the pursuit of information about someone who is acting with a specific intent, as well as a sense of their reaction function. There are plenty of examples – from Christine Joncourt (‘La Putain de la Republique’) to Richard Sorge (see Owen Matthews’ ‘An Impeccable Spy’).

In contrast a strategist may try to plot trends and the opportunities, spillovers and damage they may cause. The US National Intelligence department is good in this regard, becoming the first major intelligence agency to publish detailed warnings on the side effects of climate damage.

Spies and strategists might work together, but history is full of examples (LC Moyzisch’s ‘Operation Cicero’) where intelligence fails to make it through the strategic process or is simply ignored for political reasons (might the early warnings on the invasion of Ukraine be an example).

In the spirit of the Durrells and Flemings of the world, what issues might be of interest in terms of digging into unknown knowns and unknown unknowns. Here are a few ideas, most of which are Asia focused (we might see an uptick in Asia focused thrillers).

On the diplomatic front, an interesting recent development was the visit of Indonesian president Joko Widodo to Ukraine, and then Moscow. It was a rare visit to Ukraine by an Asian leader and potentially marks the emergence or at least aspiration of Indonesia (population 273 million) as an emerging world diplomatic player. What has intrigued me so far is that there has been little coordination by the populous emerging (largely Muslim) nations (Nigeria, Indonesia, Pakistan) in the face of high energy and food prices, and that potentially Widodo could play a unifying role here.

Then, still in Asia, but on a more deadly footing, if the Western commentariat is to be believed, China is preparing an assault on Taiwan, and looking to learn from Russia’s military errors in this regard. Other countries are reacting, and I suspect that there will be much intrigue around Taiwan’s ability to acquire sufficiently powerful ballistic missiles that could strike the coastal cities of China, and relatedly how long might it take Japan to produce nuclear missiles (my sources say they could very ambitiously do it in five months!).

So, whilst the espionage literature of the 20th century has tended to be focused on Geneva, Berlin and London in the 21st century we may find ourselves reading about ‘behind the lines’ exploits in Jakarta and Tanegashima.