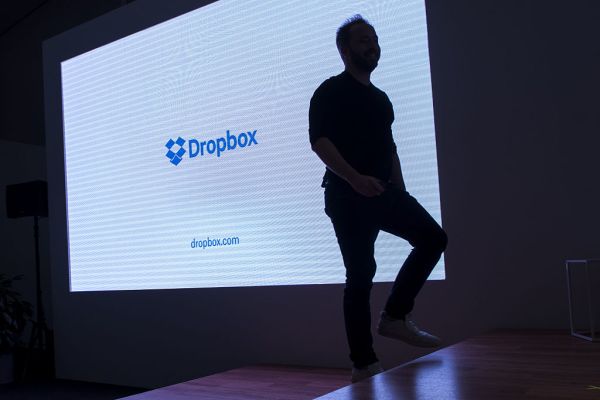 Consumer and business file storage and sharing service Dropbox will report its first-quarter earnings tomorrow, and for the former unicorn and present-day public company, the stakes appear quite high.

Dropbox is coming off a year of growth stuck in the low teens, with growth forecasted to prove even slower growth in 2022.

That kind of performance, with falling valuation, decelerating growth, and a stagnant share price, is bait for takeover deals, meaning that Dropbox’s ability to rip cash out of its operating business could help make it an enticing target for a hostile acquisition.

The idea is not mere theorizing; erstwhile Dropbox competitor Box recently tangled with investors about its leadership, and Zendesk’s performance put it at odds with external investors, forcing the customer support company to fend off a takeover offer.

With tech valuations far from recent historical highs, Dropbox could find itself in the crosshairs of private equity firms, and a poor earnings report could kick off unwelcome dealmaking. Let’s talk about the company’s recent and expected results, how vulnerable it may be, and, finally, who might want to buy it (if it comes to that).

Fast growth? No. Solid? Sure. But when Dropbox looked ahead in its guidance during its final earnings call concerning 2021, the company’s expectations for this year were less encouraging. For 2022, Dropbox anticipates $2.32 billion to $2.33 billion in total revenue, figures that work out to growth of 7.51% to 7.97%, which, to be blunt, is not great.

Single-digit growth is not a place that any public company wants to hang around in — unless it has a fat dividend and is content to keep costs low. Dropbox is not such a company.

It is worth noting that Dropbox’s Q1 guidance of $557 million to $560 million worth of revenue brackets current analyst expectations, according to Yahoo Finance data. At the same time, we wonder whether investors would be enthused if Dropbox posted in-line revenue of $558.95 million.

What would a narrative-changing result be for Dropbox? In our view, to shake the malaise, a beat on revenue in Q1 and at least some modicum of guidance expansion for the year. Else, we could be looking to start a countdown clock.

There are a few places where Dropbox could find a new home. The most obvious is private equity — selling the company to a financial entity. Such deals tend to target slower-growing, cash-generating entities that could support a heavy debt load and perhaps have a shot at lower costs, or even accelerated growth. 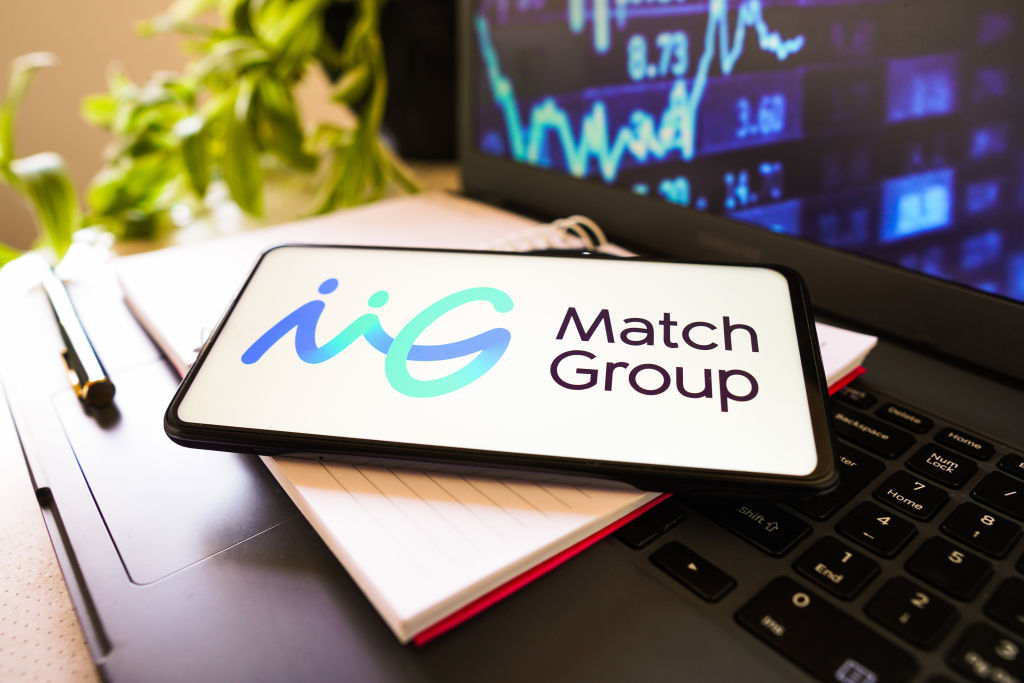 Match Group, the parent company of several popular dating apps, including Tinder and Hinge, has announced a revamped executive leadership team. Most notably, the company is bringing on former Vice President of Product at Snap Will Wu as its new chief technology officer in a newly created role. Wu will oversee product innovation across Match’s portfolio of apps, the company says.

During his time at Snap, Wu led the team charged with the creation and commercialization of Snap’s developer platforms. Wu led the creation of many of Snap’s popular features, including the “Discover” content platform, the “Chat” messaging feature and Snap’s social gaming initiative. Match says Wu will now work directly with its executives to launch new features, emerging technologies and innovative products.

“Will is truly a product savant,” said Match Group CEO Bernard Kim in a statement. “For nine years, he has forged new technologies at scale that have redefined user experiences and expectations of social products, particularly amongst Gen Z. I’ve known him for a long time, and have seen the massive impact he’s had on the way people connect at Snap, and I can’t wait to see what he will bring to the dating experience. This leadership team has a deep bench of knowledge, proven track records, and we are all ready to collaborate and capitalize on the opportunities ahead.”

Another leadership change will see Hesam Hosseini, the CEO of Match and Affinity brands, taking on a newly created role as Match Group CEO of Evergreen & Emerging Brands. In this position, Hosseini will oversee Match, Meetic, Plenty of Fish and OkCupid, in addition to emerging brands such as The League, BLK and Chispa. Last, Justin McLeod, the founder and CEO of Hinge, will now report directly to Kim.

Match says the new changes are designed to maximize profitability, enhance growth, streamline operations and prioritize new business opportunities. The move comes as Match is looking to grow its business beyond traditional, swipe-based matchmaking and into the so-called “metaverse.” Match has spoken previously about its plans for a dating metaverse, complete with a virtual goods-based economy, real-time audio and the ability for online daters to meet up in a virtual space to have conversations.

If you recently made a purchase from an overseas online store selling knockoff clothes and goods, there’s a chance your credit card number and personal information were exposed.

Since January 6, a database containing hundreds of thousands of unencrypted credit card numbers and corresponding cardholders’ information was spilling onto the open web. At the time it was pulled offline on Tuesday, the database had about 330,000 credit card numbers, cardholder names, and full billing addresses — and rising in real-time as customers placed new orders. The data contained all the information that a criminal would need to make fraudulent transactions and purchases using a cardholder’s information.

The credit card numbers belong to customers who made purchases through a network of near-identical online stores claiming to sell designer goods and apparel. But the stores had the same security problem in common: any time a customer made a purchase, their credit card data and billing information was saved in a database, which was left exposed to the internet without a password. Anyone who knew the IP address of the database could access reams of unencrypted financial data.

Anurag Sen, a good-faith security researcher, found the exposed credit card records and asked TechCrunch for help in reporting it to its owner. Sen has a respectable track record of scanning the internet looking for exposed servers and inadvertently published data, and reporting it to companies to get their systems secured.

But in this case, Sen wasn’t the first person to discover the spilling data. According to a ransom note left behind on the exposed database, someone else had found the spilling data and, instead of trying to identify the owner and responsibly reporting the spill, the unnamed person instead claimed to have taken a copy of the entire database’s contents of credit card data and would return it in exchange for a small sum of cryptocurrency.

A review of the data by TechCrunch shows most of the credit card numbers are owned by cardholders in the United States. Several people we contacted confirmed that their exposed credit card data was accurate.

TechCrunch has identified several online stores whose customers’ information was exposed by the leaky database. Many of the stores claim to operate out of Hong Kong. Some of the stores are designed to sound similar to big-name brands, like Sprayground, but whose websites have no discernible contact information, typos and spelling mistakes, and a conspicuous lack of customer reviews. Internet records also show the websites were set up in the past few weeks.

Some of these websites include:

If you bought something from one of those sites in the past few weeks, you might want to consider your banking card compromised and contact your bank or card provider.

It’s not clear who is responsible for this network of knockoff stores. TechCrunch contacted a person via WhatsApp whose Singapore-registered phone number was listed as the point of contact on several of the online stores. It’s not clear if the contact number listed is even involved with the stores, given one of the websites listed its location as a Chick-fil-A restaurant in Houston, Texas.

“When we learned of the incident, we immediately contacted the customer who operates the database and it was shut down immediately. Data privacy and security are top priorities at Tencent. We will continue to work with our customers to ensure they maintain their databases in a safe and secure manner,” said Carrie Fan, global communications director at Tencent.

All Raise CEO steps down again

Less than a year after assuming the role, All Raise CEO Mandela SH Dixon has stepped down from her position at the nonprofit. The entrepreneur, who previously ran Founder Gym, an online training center for underrepresented founders, said in a blog post that the decision was made after she realized “being in the field working directly with entrepreneurs everyday” is her passion. Dixon said that she will be exploring new opportunities in alignment with that.

Her resignation is effective starting February 1st, 2023. She will remain an advisor to the Bay Area-based nonprofit.

This is the second chief executive to leave All Raise since it was first founded in 2017. In 2021, Pam Kostka resigned as the helm of the nonprofit to rejoin the startup world as well; Kostka is now an operator in residence and limited partner at Operator Collective, according to her LinkedIn. With Dixon gone, Paige Hendrix Buckner, who joined the outfit as chief of staff nine months ago, will step in as interim CEO. In the same blog post, Buckner wrote that “Mandela leaves All Raise in a strong position, and I’m grateful for the opportunity to continue the hard work of diversifying the VC backed ecosystem.”

Dixon did not immediately respond to comment on the record. It is unclear if All Raise is immediately kicking off a permanent CEO search.

The nonprofit has historically defined its goals in two ways: first, it wants to increase the amount of seed funding that goes to female founders from 11% to 23% by 2030, and, second, it wants to double the percentage of female decision-makers at U.S. firms by 2028.

In previous interviews, Dixon said that the company will work on creating explicit goals around what impact it wants to have for historically overlooked individuals. The data underscores the challenge ahead. Black and LatinX women receive disproportionately less venture capital money than white women; non-binary founders can also face higher hurdles when seeking funding, as All Raise board member Aileen Lee noted in the blog post.  The nonprofit has created specific programs for Black and Latinx founders but has not disclosed a specific goal for the cohort yet. These disconnects can be lost if not tracked. All Raise’s last impact report was published in 2020 and they’re working on bringing that analysis back, Lee tells TechCrunch in an interview.

“All Raise is in great hands with Paige as interim leader and we’ve got a lot of exciting things that we’re shaping and scaling,” Lee said. “We have to all continue to link arms to try and continue to make improvements for our industry…we’ve made good progress that we can’t let up.”